Every fourth Lithuanian thinks robots will take over their jobs 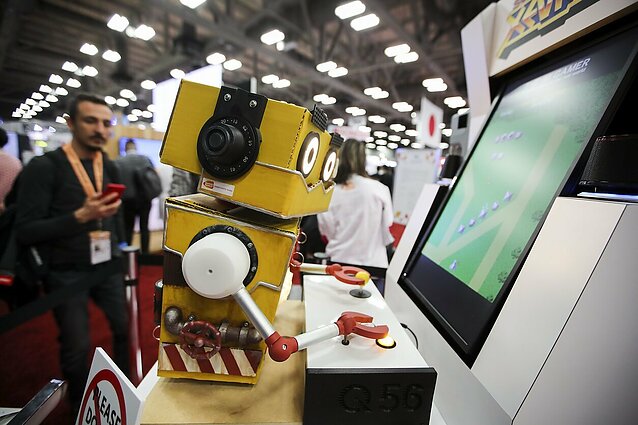 Lithuanians are generally unperturbed by a possible invasion of automated machines into the labour market / Photo: SIPA/Scanpix

One in four Lithuanian employees believe that their work will be performed by robots in the future, according to a survey. In general, though, Lithuanians are unperturbed by a possible invasion of automated machines into the labour market, as only a few percent said they feared being made completely redundant.

The survey, carried out by the pollster Spinter Tyrimai, indicates that younger people are more likely to envisage their jobs being automated.

Lithuanian industry still lags behind most other countries in the European Union in terms of robotization, according to Eurostat, so losing one's job to a machine is a far-away prospect for most Lithuanians, says Vidas Mišeikis, director for technological development of the furniture maker SBA baldų kompanija which commissioned the poll.

“However, they follow global economic trends and so 24 percent of people can see a robot employed in their current position as a perfectly realistic future scenario,” he says.

Only half as many Lithuanians over the age of 56 believe in the prospect.

In terms of occupations, 32 percent of manual workers and technical staff see their jobs as vulnerable to robotisation. Meanwhile, 77 percent of higher-level managers think they will never be replaced by robots.

However, only 3 percent of surveyed Lithuanians said they feared that automation would push them out of the labour market altogether.

For comparison, as many as 72 percent of Americans believe that technological advances will make their jobs redundant, according to a 2017 survey by Pew Research.

“We must prepare ourselves for robotisation, but not fear it. Technological development does not necessarily mean disappearing jobs. Even on the contrary. For example, in Europe alone automation and digitisation led to the creation of 23 million new jobs between 1999 and 2016,” says Mišeikis.

The World Bank forecasts that 1.4 million new industrial robots will be employed in 2019, bringing the total number to nearly 3 million.

The poll of 1,011 Lithuanian residents was carried out by Spinter Tyrimai in January.