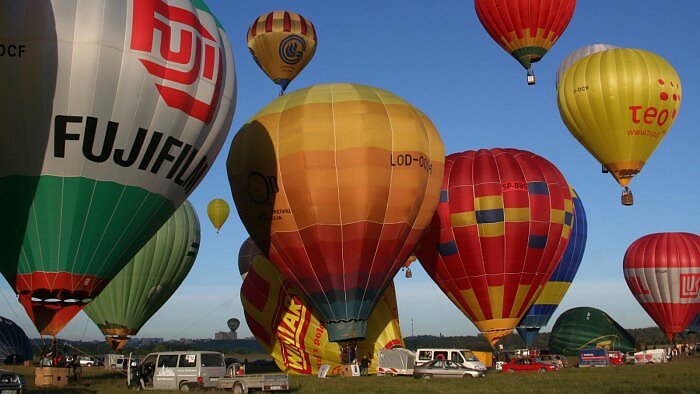 26 sportsmen competed in the championship from 13 different countries. Among them - five girls. Competitors were up to 26 years old.

They had to perform 3 flights and to overcome 13 tasks. For example, to land at the specific place or to change the flight direction and so on.

Although the championship formally started on May 23, but due to the strong wind first flights were cancelled. The championship ended yesterday, on May 27.

The first place was won by Rokas Kostiuskevicius. He gained 9 780 points from 13 000 possible. The second was Thomas Merceron from France with 9 349 points. And the third Pascal Kreins from Germany with 6 999 points.

Among girls, the best result was reached by Elisabeth Kindermann from Austria. She finished 9th.

The championship was held in Lithuanian city Marijampole.

2. Soundbite (Lithuanian), winner of the junior world hot air balloon championship, Rokas Kostiuskevicius, saying: The competition is marvellous. The wind, the conditions were Lithuanian, so it was a little bit easier for us at the home conditions. Maybe Europeans were not used to the wind.

3. More of the championship